Meet the experienced and friendly doctors and staff who make Warren Eye Care the leading provider of vision care products and services in Dunn. 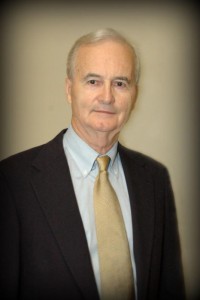 Dr. Warren is a native of Dunn. He has been in practice for 43 years. He was the original founder of Warren Eye Care. He graduated from Dunn High School in 1957 and the University of North Carolina at Chapel Hill in 1961. He then graduated from Southern College of Optometry in 1967. He is a member of the American Optometric Association, the North Carolina Optometric Society and the Eastern District Optometric Society. He served 6 years in the U.S. Army Reserves. He and his wife Janet are members of First Baptist Church in Dunn where he served as a deacon. He is a member, past master and certified lecturer of Palmyra Lodge #147 in Dunn and a 33rd degree Scottish Rite Mason of the Wilmington Consistory. He is past District Deputy Grand Lecturer and past District Deputy Grand Master of the 20th Masonic District and is a member of the Royal Order of Scotland. He is a member and past president of the Dunn Shrine Club and member of Sudan Shrine Temple in New Bern. He is a member and past president of the Dunn Lions club and currently serves on the Harnett Cty. Board of Health as vice chairman. He resides in Dunn with his wife Janet.

Dr. Warren is a native of the Dunn area. He graduated from the University of North Carolina-Chapel Hill in 1997. He then graduated from Nova Southeastern University College of Optometry in 2001. He has been in practice at Warren Eye Care since June 2001. He is a member of the American Optometric Association, North Carolina Optometric Society and the Eastern District Optometric Association. He is also a board member for the Dunn 100 commitee. He also serves on the Harnett County Board of Health. He was a former member of the Lions Club of Dunn. He and his family are members of The First Presbyterian Church of Dunn, where he served as an elder. He and his wife Gina are involved with the youth programs at First Presbyterian also. He resides in the Plain View area with his wife Gina and their three sons.

You can schedule your next eye exam with us online!